Federer too good for Edmund en route to last eight 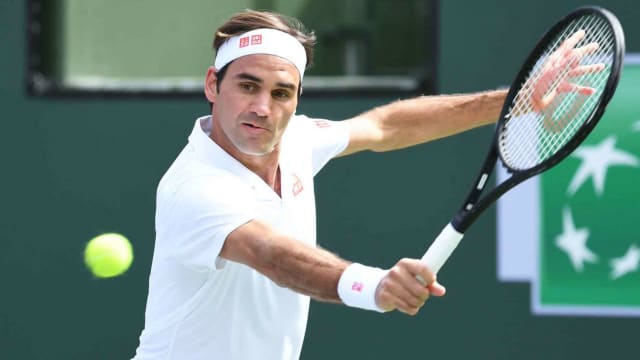 Roger Federer overcame the challenge of Kyle Edmund to reach the quarter-finals of the Indian Wells Masters with a straight-sets victory on Wednesday.

The Swiss needed less than an hour to see off compatriot Stan Wawrinka in the prior round and the clock had only just ticked beyond the 60-minute mark before Edmund was dispatched 6-1 6-4.

A five-time champion at this ATP 1000 event, Federer looks supremely confident in the wake of his 100th Tour title in Dubai earlier this month and although Edmund raised his game in the second set he was no match for the fourth seed.

Federer's win, his 65th at Indian Wells, sees him advance to a last-eight meeting with the unheralded Hubert Hurkacz, who knocked out 24th seed Denis Shapovalov earlier on Wednesday.

The 20-time major winner was in no mood to let Edmund gain an early foothold as a thumping forehand forced an error from the Brit and earned a 2-0 lead in the first.

Edmund saw three break points come and go in the next as Federer just about held onto his advantage before landing another demoralising blow by breaking again to surge 4-0 ahead.

A sliced backhand from Edmund dropped wide to hand Federer the set and another mistake on that side earned the former world number one the crucial break for 3-2 in the second.

Edmund did have moments of joy on the Federer serve – most notably forging three break chances at 5-4 down – but at match point a searing backhand down the line from the world number four meant the Brit could only net and relinquish any hope of an unlikely comeback.