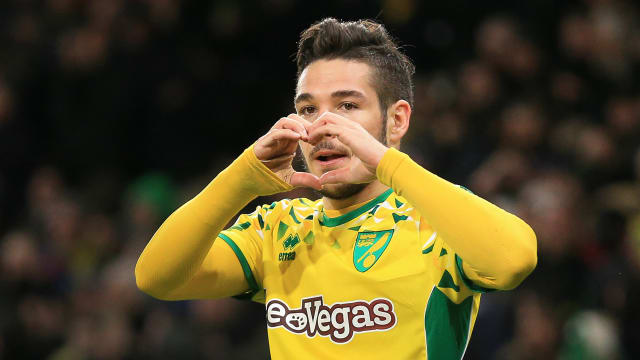 Norwich City marked Daniel Farke's new contract with a 3-2 home win against Hull City to move back to the top of the Championship table.

Farke's new deal to 2022 was confirmed ahead of kick-off and the celebrations continued after Norwich recorded a fifth straight league win.

There were big wins at the bottom of the league for Millwall and Rotherham United, while play-off chasers Preston North End and Aston Villa both won on the road.

In their first game after the sacking of head coach Darren Moore, West Brom thumped Swansea City in a game that saw a bizarre penalty miss.

Reaction from The Boss: “I’m happy but the result is a bit ridiculous. We should have won 7 or 8-1.” #ncfcpic.twitter.com/7Hj5Ib9HQj

NORWICH BACK ON TOP

Leeds United won at Reading on Tuesday to leapfrog Norwich into top spot but the Canaries flew back above their rivals 24 hours later at Carrow Road.

Marco Stiepermann opened the scoring in the 11th minute and Emiliano Buendia scored either side of Marc Pugh's reply to seemingly seal a comfortable win.

Hull striker Chris Martin struck with three minutes to go to give Norwich a scare but, with Leeds and third-placed Sheffield United facing off at Elland Road at the weekend, Farke's leaders look in an increasingly strong position.

The Canaries lead the way in the #SkyBetChampionship.

All in a night's work for @NorwichCityFC and Daniel Farke. #EFL | #SkyBetChampionshippic.twitter.com/qHtJBigsIW

MILLWALL OUT OF THE DROP ZONE

With games running out fast, teams at the other end of the table are in desperate need of points and Millwall collected a vital victory to jump up to 19th place.

Ben Thompson's first-half brace sealed a 2-0 win away to Birmingham City with Neil Harris' side breaking a run of four straight losses ahead of their FA Cup quarter-final date with Brighton and Hove Albion.

Rotherham also boosted their own survival chances but a dramatic 2-1 win at Queens Park Rangers was not enough to take the Millers out of the final relegation place.

Semi Ajayi gave Rotherham the lead and, after Bright Samuel hit back for the hosts, he headed the winner in the 95th minute to secure his team's first away success of the season.

No win away from home in the #SkyBetChampionship this season, step up @SemiAjayi, @OfficialRUFC tonight belongs to you! #EFL | #RUFCpic.twitter.com/aipPV4Deie

Chris Brunt opened the scoring but Swansea missed a golden chance to equalise, Bersant Celina losing his footing as he took a spot-kick to somehow send the penalty behind him.

Mason Holgate and Jay Rodriguez added second-half strikes for West Brom, who have a comfortable cushion in fourth place.

Middlesbrough stay fifth despite Tony Pulis' men going down 2-1 at home to Preston North End, goals from Paul Gallagher and Jayden Stockley securing a second-half comeback and a sixth straight away league win for Alex Neil's side, with the Scot reportedly a target for West Brom.

Sixth-placed Derby County were held to a goalless draw at home to Stoke City, allowing Aston Villa's 3-1 comeback win away to Nottingham Forest to move Dean Smith's men within two points of the final play-off spot.