Beckham trade has made the Browns the team to beat - Garrett 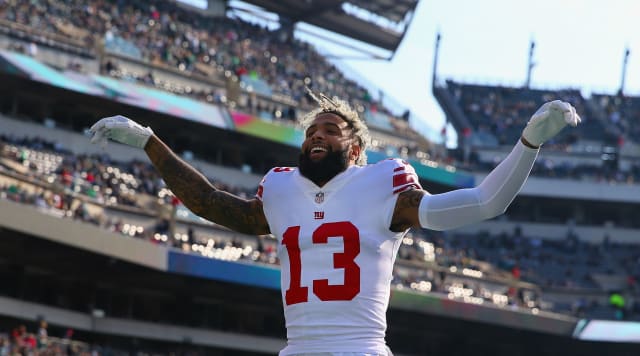 Odell Beckham Jr's impending switch from the New York Giants has "turned the tide" in the AFC North, according to Cleveland Browns defensive end Myles Garrett.

According to the NFL Network, three-time Pro Bowler Beckham will move to Cleveland ahead of the 2019 season as part of a trade deal with the Giants.

Beckham's move will see the Giants receive the Browns' first-round and third-round picks this season, while safety Jabrill Peppers will join New York.

The move has stunned the NFL world, and Garrett believes it can provide an upturn in the Browns' fortunes.

"Absolutely [we are the team to beat]," he told the NFL Network. "I think the tide has turned and we can't wait to get out there and prove it.

BREAKING: The @Browns have traded for WR @obj.

"I'm not going to say I predicted anything, but it was surprising to me that we had a very quiet Monday [in free agency] and we were hearing a lot of inklings about OBJ coming to us, getting him on a trade, so, you know, making this happen, I was kind of expecting something big."

Beckham was named the Offensive Rookie of the Year in 2014 and only signed a five-year, $90million deal with the Giants last season.