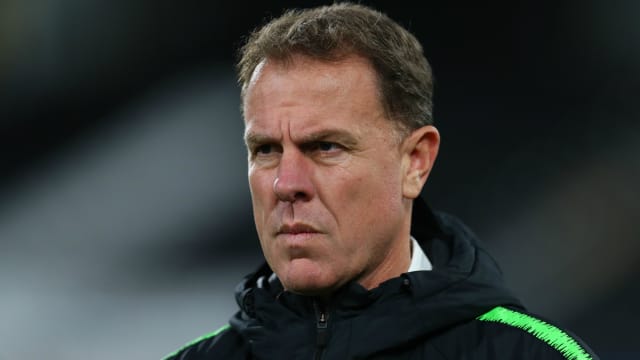 It presents Stajcic with his first coaching opportunity since he was controversially axed by the Matildas just months out from their Women's World Cup campaign in France.

With the Mariners eight points adrift at the bottom of the A-League following just one win from 21 matches, Stajcic told reporters: "It's an honour and a pleasure to be here representing the Central Coast Mariners.

"I'm excited about this challenge. There's a buzz a lift and a desire to finish the season off positively. I'm proud to be here at this fantastic club

"A healthy Mariners means a healthy A-League. They're a great guide to how successful our competition really is.

"I'll be here to provide some stability and harmony for the group moving into next season and to set a platform going forward. There's hope, ambition and potential to finish off in a good way."

Alen Stajcic will lead the Mariners for the remainder of the @ALeague 2018/19 season. Welcome, Alen!

Mariners sporting director Mike Phelan – who is serving as Ole Gunnar Solskjaer's assistant manager at Manchester United – said: "Speaking with Alen and the board, there are two key elements we need to ensure over the next six weeks – that's stability and harmony.

"Alen is an experienced coach, he has experience at the highest level coaching his country and is held in high esteem for what he achieved on the international stage.

"What we need right now is a manager who can take the helm during a crucial period. We recognise the skills Alen has and the Club is confident that he will be able to draw on those skills for the advantage of the Mariners.

"His role is to stabilise, bring everyone together – that includes the players and the staff. He will see us through until the end of the season and help position the football club going forward.