Juve superior to Atletico on every level, laments Griezmann 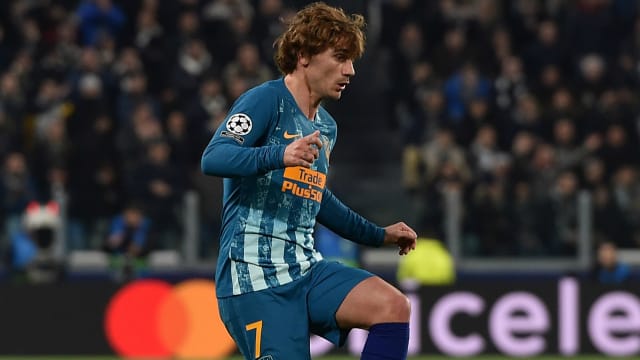 Antoine Griezmann admitted Juventus were superior on all levels as the Atletico Madrid star bemoaned his team's Champions League last-16 elimination at the hands of Cristiano Ronaldo.

Atletico surrendered a 2-0 first-leg lead after Ronaldo's hat-trick saw Juventus win 3-0 in Turin on Tuesday to complete a stunning comeback.

Atletico – losing finalists in 2014 and 2016 – struggled throughout and Griezmann lamented the side's performance away from home.

95' | 3-0 | The match ends at the Allianz Stadium.#UCL#JuveAtletipic.twitter.com/TqD253ukLD

"We didn't play the game we wanted to, it was a bad night and we made it easier for Juventus," Griezmann told Sky Sport Italia.

"We are all disappointed, as we just didn't play. I'm the first to say I didn't do enough, our tempo was wrong and Juventus were superior on every level.

"Considering we won the first leg 2-0, we can't say much. I don't know what happened, it reminded me a little of the Bayern Munich game, but that time we were able to make some adjustments. Tonight, Juve were superior on all levels.

"Ronaldo is a great player: he had three chances and scored three goals."

Ronaldo set the tone with his 27th-minute opener before heading past Atletico goalkeeper Jan Oblak again four minutes into the second half.

Atletico captain Diego Godin added: "We weren't able to find ways to attack them. They were able to score and we couldn't score the goal that we needed to qualify. We will continue giving it our all until the end of the season."