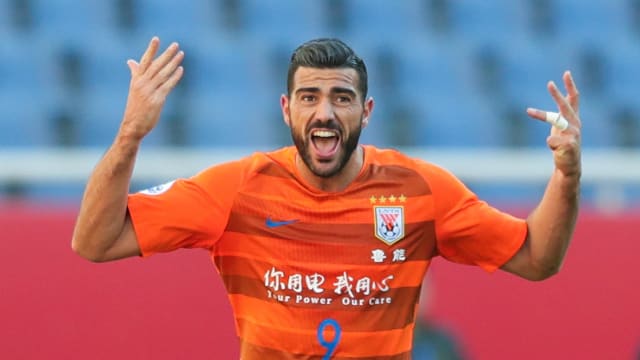 Kashima led 2-0 inside 14 minutes at Jinan Olympic Sports Center Stadium thanks to a well-taken Sho Ito double, but were pegged back by a brace from Graziano Pelle in Group E.

Pelle got Shandong back in the game from the penalty spot before earning the Chinese side their second point of the tournament with a powerful finish into the top corner, taking his tally to four goals in this season's competition.

In Tuesday's other Group E game, Johor Darul Ta'zim came from behind to earn a 1-1 draw against Gyeongnam in the Malaysian side's first ever home fixture in the AFC Champions League.

What an atmosphere to kick us off at @OfficialJohor ’s first ever #ACL home game! #ACL2019 pic.twitter.com/R8giLkHyea

Two-time winners Guangzhou Evergrande fell to a 3-1 defeat away to debutants Daegu, who moved three points clear at the top of Group G.

Brazilian striker Edgar struck twice in the first half for Daegu, the Korean side following up their matchday one defeat of Melbourne Victory with another three points. Anderson Talisca got one back for Fabio Cannavaro's men but Daegu's win was sealed by Kim Dae-won.

A-League side Victory remain pointless and bottom of the table after Keisuke Honda's team went down 2-1 in Japan, losing away to Sanfrecce Hiroshima thanks to Daiki Watari's late header.

Carlos Eduardo, Ali Hadi Albulayhi and Bafetimbi Gomis scored to earn Al-Hilal a 3-1 win at home to Al Duhail, moving them top of Group C, where Esteghlal drew 1-1 at home to Al Ain.