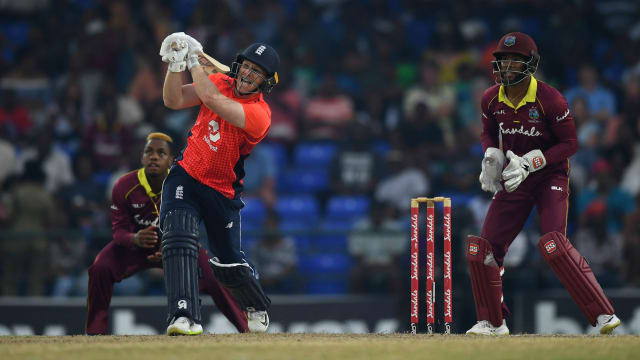 Jack Russell believes England can win the Cricket World Cup for the first time on home soil if they avoid a repeat of "days where the tyres blow out".

Eoin Morgan's side are well fancied to be crowned world champions in July after surging to the top of the one-day international rankings.

Russell thinks England can be a match for any side, but is concerned about inconsistency, which was demonstrated when they imploded to 113 all out in the final match of the drawn series against West Indies after previously posting 418-6.

The former England wicketkeeper told Omnisport: "I think we can pretty much cope with anything, but we need to stop having these days where the tyres blow out.

"In the Windies we get a massive score and then go back to zero again, so we need to be consistent but it's not easy winning so many games on the trot to win a World Cup.

"I don't think it's easy to make anyone favourite because the trouble with one-day cricket is it's all how it goes on the day, unlike the examination you get over a longer period in a Test. Anything can happen in any one given day, so one of four or five teams could probably win it.

@CJordan ain't giving up on his World Cup dream! pic.twitter.com/Q4uQ5q48JU

"What I do like about what we're doing is we don't seem to be relying on the same people all the time, we're not counting on one or two. If someone fails, other people will usually step up.

"We have the power and ability to take games away from teams, there is nothing worse when you don't know where to bowl to someone as he keeps knocking it out of the park. The fear-factor is a bonus for us, they will know we are good but we have to make it count.

"I think it will be an exciting tournament, quite a few teams can win it and we are one of them."