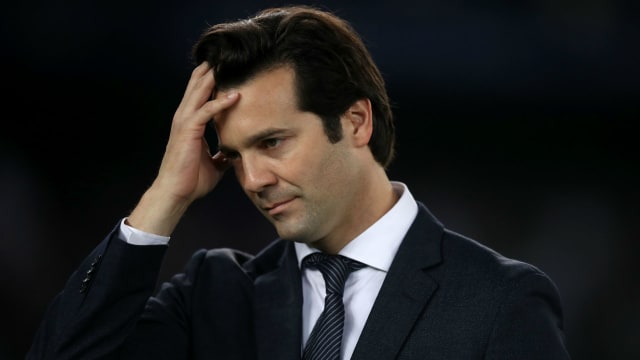 Santiago Solari has been sacked as Real Madrid head coach after just four months in charge, with Zinedine Zidane returning to the club on a three-year deal.

Madrid have opted to end Solari's tenure despite Sunday's 4-1 win over relegation-threatened Real Valladolid, which came at the end of a tumultuous period for Los Blancos.

Back-to-back Clasico defeats to fierce rivals Barcelona signalled the end of their Copa del Rey and LaLiga hopes this season, while a shocking 4-1 home collapse to Ajax saw their Champions League reign come to an unceremonious end.

Solari took over as caretaker after Julen Lopetegui's sacking in late October, initially overseeing an upturn in Madrid's fortunes and earning a contract until mid-2021.

However, the Spanish giants again started to struggle last month and have lost four straight home games for just the third time in their history.

That loss of form has prompted them to turn back to Zidane, who left after last season's third successive Champions League triumph.

The Frenchman has penned a deal until June 2022, ending speculation of a possible return for Jose Mourinho or an approach for Tottenham boss Mauricio Pochettino.