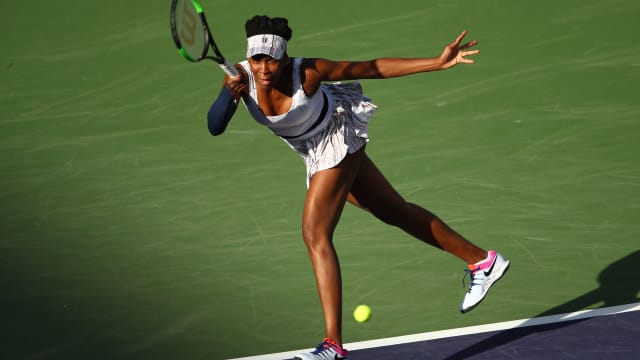 Williams overcame Kvitova in a blockbuster second-round clash at the WTA Premier event, where the Czech was one of six seeds to fall.

Osaka started her title defence in style, while Kerber and Karolina Pliskova also reached the third round.

But Caroline Wozniacki's struggles continued, the Dane joining Kvitova among the losers on Saturday.

Williams recovered from a difficult start to get past Kvitova 4-6 7-5 6-4 after almost two and a half hours.

The American seven-time grand slam singles champion was the better of the two players in the third set and managed to break twice.

In what was just the seventh meeting between the two stars, Williams, 38, recorded her third win.

She will next face Christina McHale, who upset Russian 30th seed Anastasia Pavlyuchenkova 6-4 3-6 6-4.

Playing on the WTA Tour for the first time since the Australian Open, Keys went down to Mona Barthel 3-6 6-1 7-5.