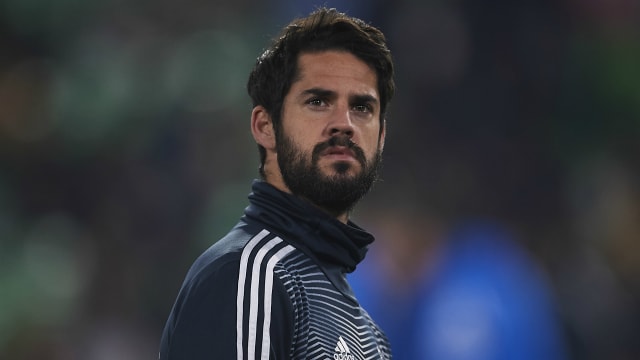 Isco has once more been left out of the Real Madrid squad, with head coach Santiago Solari instead calling up Brahim Diaz and two youth players for Sunday's game against Real Valladolid.

Spain international Isco has only made two appearances since January and reportedly did not attend the pre-match team talk ahead of the Champions League defeat to Ajax, nor did he travel on the team's coach for the match, leading Madrid's hierarchy to consider sanctions.

Solari intimated on Saturday that the 26-year-old needs to improve his fitness if he wants to return to the side, and the midfielder has not made the 19-man group for the trip to Valladolid despite several injuries and the suspension of captain Sergio Ramos.

Even though Dani Carvajal, Gareth Bale, Vinicius Junior, Lucas Vazquez, Mariano Diaz and Marcos Llorente are injured, Solari has instead turned to Diaz and the two Castilla players Seoane and Cristo Gonzalez.

Cristo made his LaLiga debut in the 2-1 win at Real Betis in January but has only played four times for the senior side in all competitions, while Seoane played in the Castilla's 2-0 win over Celta Vigo only 24 hours ago.

Madrid are 15 points behind league leaders Barcelona and eight adrift of second-placed Atletico Madrid, having played one game fewer than their rivals.