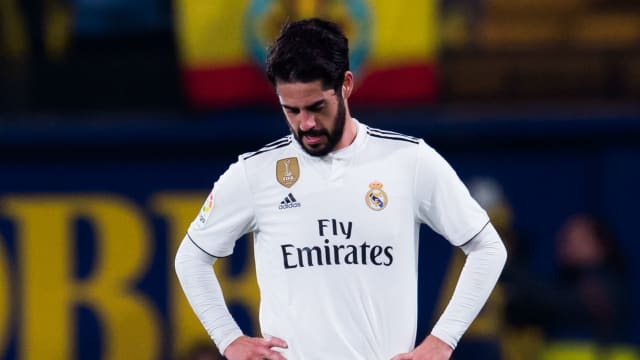 Real Madrid coach Santiago Solari criticised Isco's fitness, seemingly revealing why the midfielder has been out of favour this season.

Isco, 26, has made just five LaLiga starts this campaign, and none since Solari took charge in late October.

The Spain international reportedly opted not to travel with Madrid on the bus for the second leg of their Champions League last-16 loss to Ajax on Tuesday after being dropped from the matchday squad.

While Solari was unwilling to be drawn into that matter, the Argentinian said Isco was out of shape.

"Disciplinary issues are handled internally," he told a news conference ahead of Madrid's trip to Real Valladolid on Sunday.

"To play, you have to be in the right physical shape first and then you have to maintain it."

Madrid are third in LaLiga, 15 points behind rivals and leaders Barcelona.