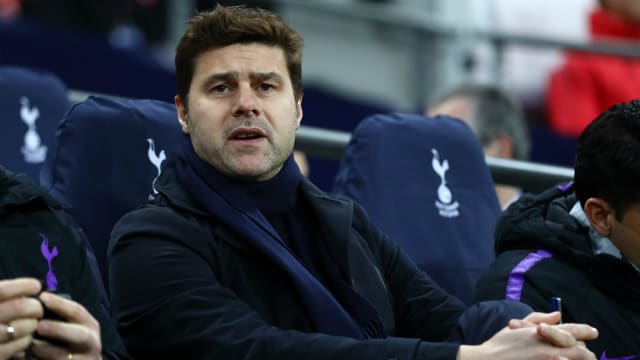 Tottenham have confirmed plans with Brighton and Hove Albion, Crystal Palace and the Premier League to ensure they play one of their top-flight rivals at their new stadium before a home Champions League quarter-final.

Spurs booked their place in the last eight of Europe's elite competition with a 4-0 aggregate win over Borussia Dortmund this week.

And with Mauricio Pochettino revealing afterwards that he was hopeful of playing at the redeveloped White Hart Lane in the next stage, the club have worked to make sure that will be the case, provided they receive a safety certificate after two test events.

Tottenham are keen to play a league match at the stadium ahead of that European fixture, which could be played the week commencing April 8 if Spurs are drawn at home first.

Therefore, if Brighton lose their FA Cup tie at Millwall next weekend and are available for their scheduled fixture on April 6/7, the Seagulls shall visit Tottenham as planned.

If Chris Hughton's men progress, rivals Palace will instead be the first visitors at the new venue on April 3.

Whichever side does not make the trip to Spurs that week will instead do so on April 23/24.

Meanwhile, Tottenham have planned a pair of test events in order to obtain the required safety certificate. An under-18 match against Southampton on March 24 will allow for a 30,000 crowd, with 45,000 tickets available for a Tottenham Hotspur Legends encounter on March 30.

Only after coming through the tests unscathed will Spurs be able to face Brighton or Palace at their new home.

The club have denied claims that a sponsorship deal has been agreed with kit manufacturer Nike for the naming rights to the new stadium.

Tottenham have been playing home matches at Wembley since the start of the 2017-18 season due to the redevelopment of their traditional home.