No Stones or De Bruyne for City against Watford 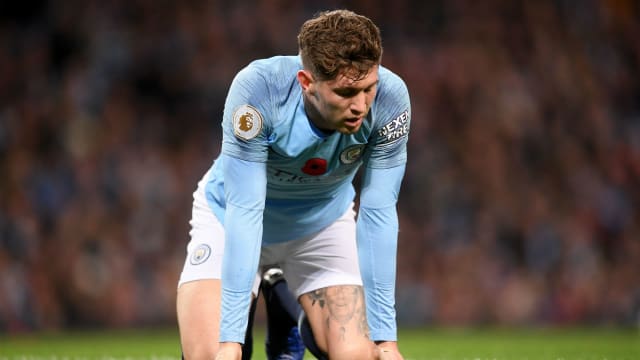 John Stones and Kevin de Bruyne have not recovered from injuries in time to feature for Manchester City against Watford, but Pep Guardiola suggested Aymeric Laporte could be back.

Both Stones (groin) and De Bruyne (hamstring) were substituted in last week's win at Bournemouth with knocks, although manager Guardiola said at the time that the England defender's withdrawal looked to be merely precautionary.

De Bruyne was also upbeat about his own fitness, saying the ailment was "not so bad".

Neither player will face Watford on Saturday, but Premier League leaders City were boosted by Laporte's return to training this week, with the defender – injured in the EFL Cup final – initially ruled out until the end of the month.

"All of them are getting better. They are better," said Guardiola.

"Aymeric is back. He trained the last two or three days. I don't know if he's available.

"Kevin is not quite fit. John Stones is not fit either, but the other ones are okay."

Guardiola expects a tough test against Javi Gracia's Watford but believes it is "massively important" to win, with Champions League and FA Cup fixtures, as well as an international break, meaning City do not play again in the league until March 30.

"It is incredible what [Gracia] has done," said Guardiola. "They are one of the toughest games we have in the last nine games left.

"They have everything; physicality, quality one against one – with [Gerard] Deulofeu, with [Andre] Gray, with [Roberto] Pereira, strong in the air with [Troy] Deeney for the second balls.

"They are incredibly well organised. The manager is incredible with what he has done this season so far. He has achieved a lot of points and they did it incredibly well.

"But this is the last game before 21 days without the Premier League and everything is close with just a few games remaining. Of course, at home, it's massively important for us to take our points."