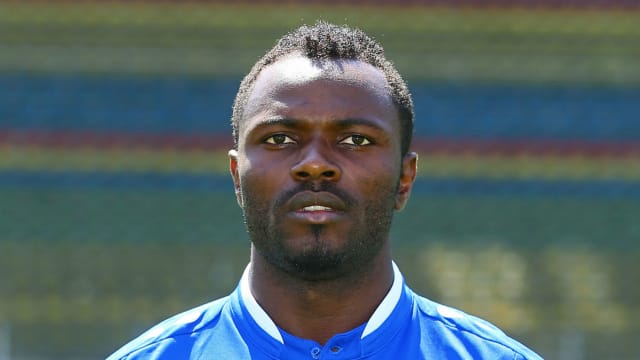 Holders ES Tunis booked their place in the quarter-finals of the CAF Champions League as they eased to a 2-0 Group B victory over Horoya.

Guinean side Horoya's tough task in Tunis was made all the more difficult by Malian Hamed Assoko heading into his own net midway through the first half.

Esperance's status as the first qualifiers for the knockout rounds and group winners was confirmed when midfielder Franck Kom turned home seven minutes from time.

Horoya still have their destiny in their own hands after Orlando Pirates scraped a 2-2 draw against Platinum.

Nelson Tigere had already missed a penalty by the time he put the Zimbabwean visitors ahead on Soweto, with Rainsome Pavari stunning Orlando Stadium by doubling the advantage before half-time.

Platinum looked set to hold out of a famous victory until nine minutes from time, when Thembinkosi Lorch beat Petros Mhari at his near post.

Augustine Mulenga crashed in an equaliser three minutes from time before Platinum defender Kevin Moyo was sent off during the closing stages.

It means the Pirates have six points in third, one fewer than Horoya, who they visit in Conakry next Saturday.

FT || @orlandopirates 2-2 @FCPlatinum.
Lorch 81’
Mulenga 87’
A near miss in Added Time almost sparked pandemonium in the stands as the Bucs clawed back a draw from the jaws of defeat, to set up a MUST WIN in Conakry next week. Do or die.
#CAFCL#OnceAlwayspic.twitter.com/Fe614U0NMH

In Group C, five-time champions TP Mazembe held Ismaily to a 1-1 draw – eliminating the Egyptian side in the process.

Meschak Elia turned in Jackson Muleka's cross to give Mazembe a 40th-minute lead before Abdel Rahman Magdi ensured a share of the spoils for Ismaily, who remain winless in the competition.

Club Africain delayed CS Constantine's progress to the last eight, with Bassirou Compaore scoring the only goal on the stroke of the interval.

Dylan Bahamboula missed a 58th-minute penalty for Constantine, who still need a point from their final round-robin game against Mazembe to be sure of progression.