Perez asked Zidane to come back to Madrid, claims Calderon 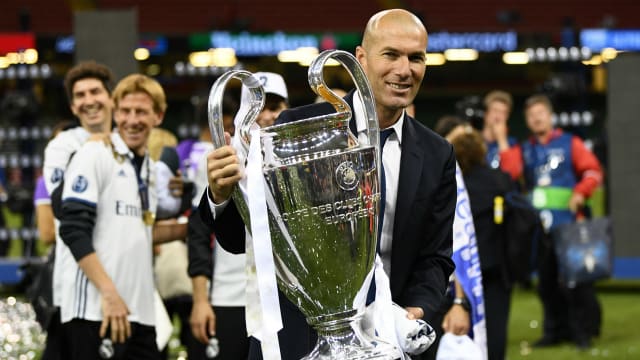 Santiago Solari is facing an uncertain future after Madrid's season hit a new low following their humiliating Champions League last-16 exit at the hands of Ajax on Tuesday.

Three-time reigning champions Madrid were routed 4-1 by Ajax at the Santiago Bernabeu, where the LaLiga giants were eliminated 5-3 on aggregate in stunning scenes.

With Madrid 12 points off the pace in LaLiga and already out of the Copa del Rey, Jose Mourinho has been tipped to arrive for a second spell in the Spanish capital, where he won the league in 2011-12.

"I know that this morning the president [Perez] called Zidane to ask him back, he said not now," Calderon told BBC Radio 5 Live on Wednesday.

"He has left open the possibility of coming back in June."

Calderon added: "The first option for the president has always, always been Mourinho.

"It is an erratic and whimsical president who has brought us to this situation. There is the option of bringing in Mourinho now, but to me there is no point.

"At this moment of the season anything you do is going to be wrong, I suppose that they will wait until the end of the season but this is a very long time, three months, to suffer all the critics and the anger of the fans."