Irving ruled out of Celtics-Kings clash 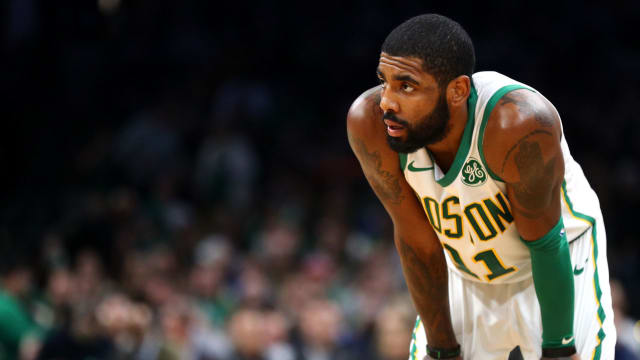 Kyrie Irving will miss the Boston Celtics' game against the Sacramento Kings, the team announced prior to Wednesday's clash.

A left thigh contusion has ruled Celtics star Irving out of the road trip in Sacramento.

The NBA All-Star guard scored 19 points in 30 minutes during a stunning 128-95 win over reigning champions the Golden State Warriors on Tuesday.

Irving has been in and out of the line-up all season with various injuries, but he has yet to miss more than two games in a row.

While Irving's absence is less than ideal, it is not the worst news for the Celtics.

Boston are 9-2 without Irving this season. Nine of those games, though, have been against teams with records of .500 or worse.