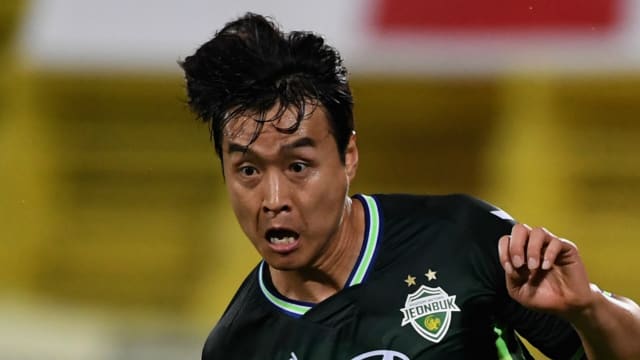 Veteran Lee Dong-gook became the all-time leading goalscorer in the AFC Champions League as Jeonbuk Motors started their 2019 campaign with a convincing 3-1 over Beijing Guoan on Wednesday.

Lee, 39, netted his 37th career goal in the continental competition three minutes into the second half of the Group G encounter when he stabbed home Han Kyo-won's cross from six yards.

That goal restored Jeonbuk's lead after Han's opener was cancelled out before the break by Zhang Xizhe, and Lee then floated in a cross for Kim Shin-wook to head home Jeonbuk's third at the Jeonju World Cup Stadium.

Urawa Reds – champions in 2017 – also started with three points in the same group, the Japanese side running out 3-0 winners against Buriram United.

First win for @Jeonbuk_hyundai in Group G with a victory over @FCBeijingGuoan. Lee Dong Gook picked up his 37th goal in AFC Champions League history! #JEOvBJG#ACL2019pic.twitter.com/EQ6rWiTYNW

Tomoaki Makino opened the scoring in the 50th minute and a brace from Daiki Hashioka completed an ultimately comfortable win in Saitama.

Hidemasa Morita was adjudged to have handled and Hulk confidently dispatched the spot-kick to get the Chinese Super League side off to a winning start.

Also in Group H, Sydney FC played out a goalless draw with Ulsan.