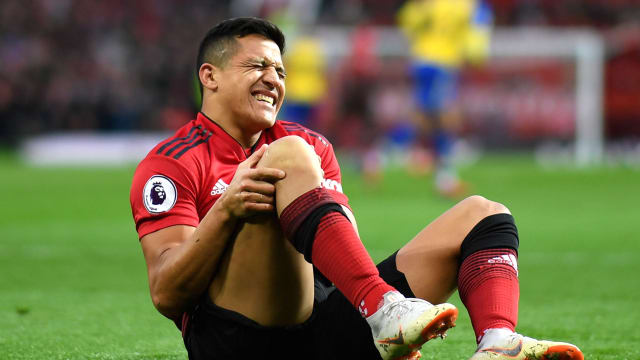 Alexis Sanchez, Anthony Martial and Jesse Lingard are among the Manchester United players set to miss their Champions League trip to Paris Saint-Germain.

Sanchez hurt his right knee during Saturday's 3-2 Premier League win at home to Southampton and had to be substituted before half-time.

Reports have claimed he could be out for the rest of the season and Chile national team doctor Pedro Onate has said Sanchez will be back in six to eight weeks.

Martial was a major doubt for Wednesday's trip to Paris as United try to overturn a 2-0 defeat in last month's first leg of the last-16 tie.

The France forward has not played since that Old Trafford defeat on February 12 due to a groin injury and is not ready to return to action.

"We have to pull off something special, but I feel that we’re capable of it."  #MUFC

Ole Gunnar Solskjaer's injury concerns do not stop at Martial and Sanchez, however, as a host of first-team midfielders are also absent, along with captain Antonio Valencia.

Ander Herrera, Juan Mata, Nemanja Matic and Lingard all missed out on selection for the 20-man travelling squad, while Paul Pogba is suspended after he was sent off in the first leg.

PSG are expected to be without Edinson Cavani and Neymar for the second leg, although both forwards were also absent for the first leg.