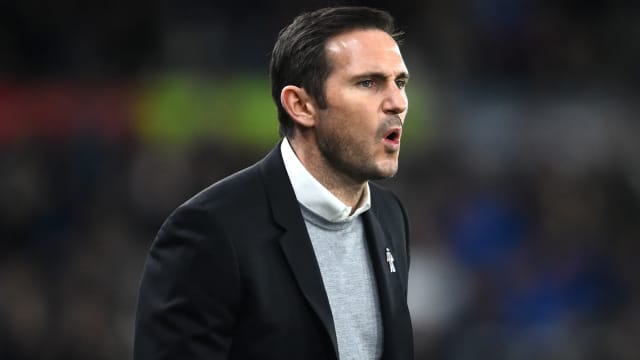 Mason Bennett scored a spectacular equaliser as Derby County fought back from a goal down to beat Wigan Athletic 2-1 at Pride Park on Tuesday.

Frank Lampard's men had not won in almost a month heading into this game, losing their last four in all competitions, but a precious victory took them level on points with sixth-placed Bristol City in the Championship.

Derby had looked destined for more disappointment when they failed to capitalise on numerous first-half chances and Wigan instead led as Gavin Massey netted following a 25th-minute break.

The Rams continued to find life tough in the second half, but the introduction of Bennett in the 57th minute changed the course of the game.

Five minutes later, the winger met Scott Malone's left-wing cross with a sensational twisting volley with his back to goal, looping the ball over goalkeeper Jamie Jones.

Derby kept pushing and Malone netted the winner 12 minutes from time, prodding Jayden Bogle's cross into the net, with the hosts easing to the finish and almost adding a third when Martyn Waghorn hit the post.