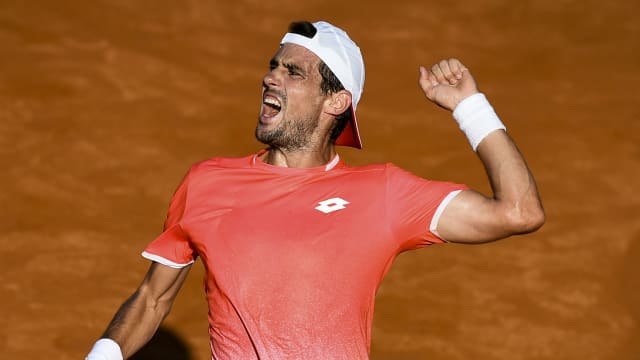 Guido Pella finally ended his wait for a first ATP Tour title as the 28-year-old beat Christian Garin in straight sets in the Brasil Open final.

The Argentinian had appeared in four previous finals but had lost each of those, the last of those defeats coming in the Cordoba Open last month.

He went a set and  a break up in that showpiece only to lose to Juan Ignacio Londero in three sets, but he kept his nerve to see off Chilean Garin 7-5 6-3 this time around in Sao Paulo.

Pella did not drop a set all week and he will now climb to a career-best 34th in the world rankings when they are released on Monday.

A first #ATPTour for @guido_pella