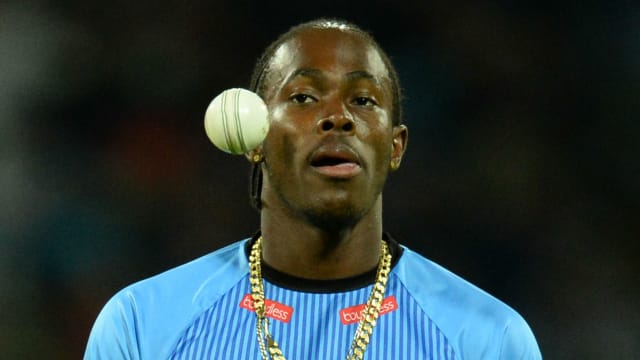 Barbados-born Archer is eligible to be selected for Bayliss' team from later this month following changes to the England and Wales Cricket Board's eligibility restrictions in November, which now state anyone wishing to play for England needs only three years' residence for those moving after their 18th birthday.

With Archer having starred in limited-overs cricket across the world, he could now spearhead England's bid to win a first World Cup on home soil later this year.

England, who suffered a heavy loss in Saturday's fifth and final ODI against West Indies to draw the series 2-2, face Ireland in a one-off 50-over contest in May before meeting Pakistan in a five-match series prior to the World Cup beginning.

"Jofra Archer's name keeps cropping up and I think, at some stage, we will give him an opportunity," Bayliss said.

"Those matches against Pakistan and Ireland, I think he will get an opportunity to show us what he can do. He's said publicly that he's keen.

Crazy morning with @manchesterunited at the training ground, thanks @adidascricket for organising. Can’t wait for the game tomorrow! #adidas #mufc

"He's a bowler you don't get many of - someone who is able to bowl in all three phases of the game. He can take the new ball, he can bowl through the middle and he can bowl at the end, which is a good skillset to have.

"There was a little bit of contact made during the Australian summer and there was talk a month or two ago about when the date was that he qualified. At the time, it was around 31 days that he needed to be back in the UK.

"Are the players he's competing with aware of the situation? I don't know, you'd have to ask them. There is plenty of speculation all the time in the papers and I'm sure they read that.

"The guys in the team, they've got hold of those positions and in a way it's theirs to lose. If they keep performing and doing well it's difficult to bring people in."