We were not far away - Hasenhuttl praises beaten Saints 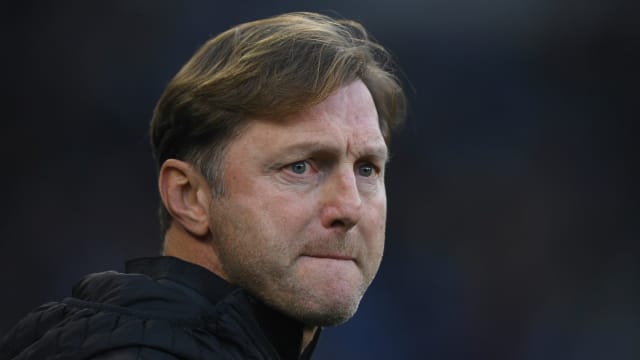 Ralph Hasenhuttl was proud of his Southampton players after they suffered a last-gasp 3-2 defeat to Manchester United at Old Trafford on Saturday.

United bounced back from Yan Valery's first-half opener for the Saints to lead 2-1, but James Ward-Prowse's stunning free-kick looked to have secured a precious point for the visitors.

Romelu Lukaku had other ideas, though, the Belgian's emphatic finish in the 88th minute securing all three points for Ole Gunnar Solskjaer's side.

"The guys are very, very disappointed after the game," Hasenhuttl told the club's official website.

"They put everything on the pitch that was possible and gave a fantastic performance.

"Mainly the first half but also in the second half we showed that we were very, very focused on our match plan and we wanted to get something here.

A great effort, but it ends without any points to show for it.  pic.twitter.com/m4oeuuQVvz

"We were not far away from it and also at 2-1 we did not stop attacking them and creating chances.

"Ward-Prowse scored a fantastic free-kick, it was a gorgeous goal and it's a pity that Lukaku decided the game for them.

"To be proud is one thing but when you wake up tomorrow and you feel that you lost, nobody asks how you lost. No manager likes to lose and we had a big chance but it was not enough."