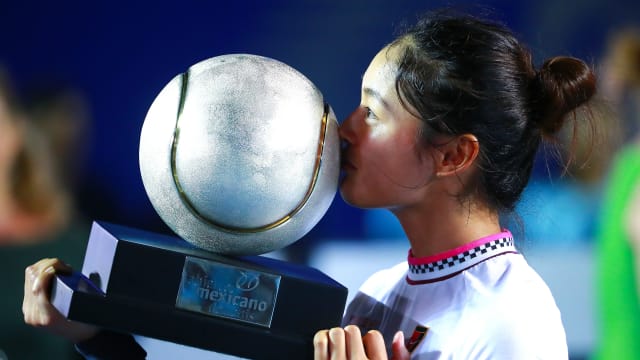 Yafan Wang came from a set down to beat Sofia Kenin in the final of the Mexican Open and secure her first victory on the WTA Tour.

Appearing in her maiden decider at WTA Tour level, the 24-year-old fought back from an early deficit to win 2-6 6-3 7-5 after two hours and 13 minutes on outdoor hard courts in Acapulco.

Kenin had registered her own breakthrough Tour victory at the Hobart International in January, but she will have to wait to add to her collection of titles after failing to consolidate a dominant performance in the first set.

The Russian-born American held serve throughout the opener, but was broken three times in the second and twice in the third, world number 65 Wang causing a minor upset against a player ranked 30 places above her.