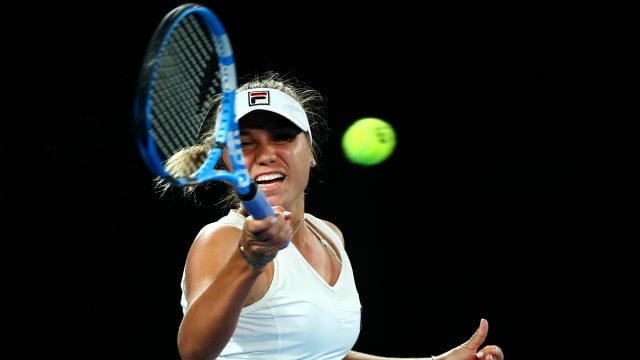 American fifth seed Kenin was too good for teenager Bianca Andreescu 6-4 3-6 7-5 in Acapulco on Friday.

Canadian 18-year-old Andreescu led 3-0 to start the first set but she lost five successive games as Kenin hit the front.

Kenin – winner of the Hobart International this year – was pegged back by Andreescu in the second set but the 20-year-old was not to be denied in the third.

Finals tomorrow! Thank you for all the support #loveyoupic.twitter.com/XsPzr4KrwB

Standing in the way of Kenin and a second WTA title is Wang, who came back to stun third seed Donna Vekic in the semis.

China's Wang advanced to her first WTA-level final thanks to a rallying 2-6 6-3 6-1 victory against Vekic earlier on Friday.

That moment when you make your first career final

Wang Yafan defeats Donna Vekic 2-6, 6-3, 6-1 for a chance to play for the @AbiertoTelcel title. pic.twitter.com/RBIOyUIWqQ

Wang broke eight times as she prevailed after almost two hours on court with the Croatian.

"It was a tough match," Wang told reporters post-match. "I tried to fight for every point."