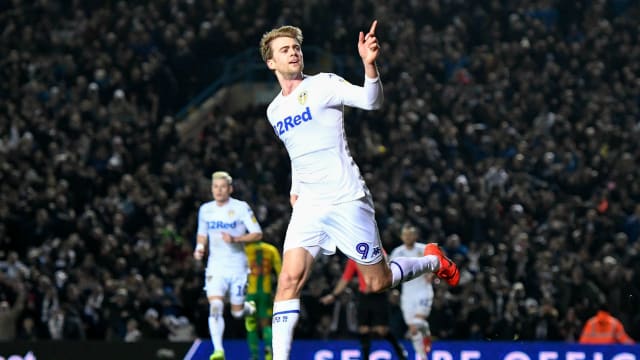 Patrick Bamford's brace helped Leeds return to winning ways and the top of the Championship with a dominant 4-0 triumph against promotion rivals West Brom at Elland Road.

Pablo Hernandez quickly put the midweek loss at QPR to one side as he gave Marcelo Bielsa's team the lead after 15 seconds.

A goal in each half from Bamford and Ezgjan Alioski's final flourish mean Norwich City must avoid defeat at Millwall on Saturday to edge back in front of Leeds.

Darren Moore's West Brom remain fourth, seven points shy of their opponents, and they were behind instantly despite having kick-off.

Albion gave the ball away and allowed Jack Harrison to advance unchallenged down the left flank before the on-loan Manchester City winger picked out Hernandez for a magnificent finish from 25 yards.

Tyler Roberts' cute pass allowed Bamford to double the advantage before the half hour, although Leeds were indebted to goalkeeper Kiko Casilla's sharp stop from Jay Rodriguez's rasping long-range strike.

Casilla's opposite number Sam Johnstone had little chance in the 63rd minute when Bamford's shot took a deflection off Craig Dawson to fly in at the near post - the excellent Roberts once again the provider.