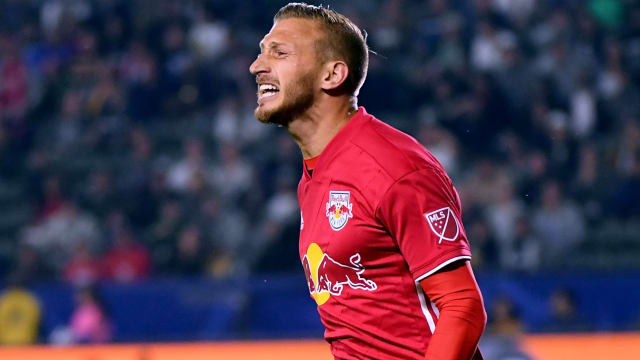 Sean Davis, Daniel Royer and Andreas Ivan were on target for the Red Bulls, who won 5-0 on aggregate in the round of 16.

Semi-finalists last year, the Red Bulls took another step towards the final four thanks a two-goal first half on Wednesday.

Ivan came off the bench and sealed success for the MLS team with 15 minutes remaining.

Next up for the Red Bulls are Santos Laguna, who crushed Honduran team Marathon 5-0 midweek.

It was a one-sided affair as Mexican side Santos Laguna cruised to an 11-2 victory on aggregate.

Following a scoreless first leg, Monterrey moved through thanks to Nicolas Sanchez's 86th-minute penalty after he had missed a spot-kick six minutes into the second half.