Sharapova out of Miami after shoulder surgery 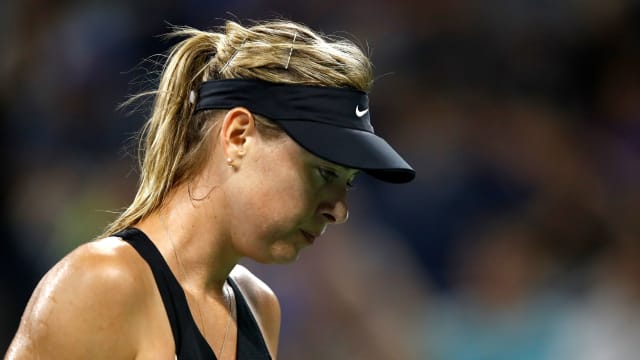 Maria Sharapova has pulled out of the Miami Open after having surgery on her right shoulder.

The Russian confirmed she had last week undergone a "small procedure" in a series of posts on an Instagram story.

"As many of you know, I have struggled with shoulder pain since last summer," Sharapova wrote. "For ten weeks post US Open, I focused on getting my rotator cuff and scapula strong to support a surgically repaired fraying tendon and a small labrum tear.

"Although my shoulder got strong, it didn't help the pain on impact.

We are sad to announce that @mariasharapova has withdrawn as she heals from a right shoulder procedure she underwent last week.

We wish Maria a speedy recovery and look forward to having her back in Miami in 2020! pic.twitter.com/VVpr1CxACA

"Although this has been a very long process, I am incredibly committed to getting back strong and more importantly without the pain I was playing with at the beginning of the year."

Sharapova reached the last 16 of the Australian Open at the start of this year but the five-time major winner has not won a tournament since the Tianjin Open in October 2017. She is next scheduled to appear on the WTA Tour at the Stuttgart Open in April.

Proceedings in Miami get underway on March 18, with US Open and Australian Open champion Naomi Osaka headlining a star-studded field.