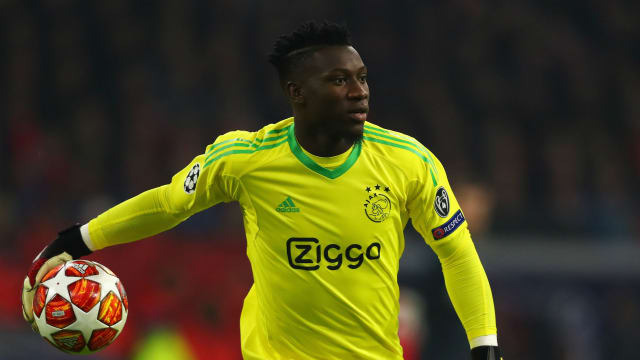 Andre Onana is a transfer target for Barcelona, according to the Ajax goalkeeper's agent.

Barca agreed a €75million deal to sign Ajax's star midfielder Frenkie De Jong at the end of this season and a report by Radio Catalunya claimed they were ready to go back to the Amsterdam club to sign Cameroon international Onana.

"That's correct. It's not a secret that Barcelona are interested," he said.

Onana has starred on Ajax's run to the knockout phases of the Champions League this season, keeping 21 clean sheets in 37 matches across all competitions.

He began his career in Europe at Barcelona's academy before moving to Ajax in 2015 and is under contract at the Johan Cruyff ArenA until June 2021.