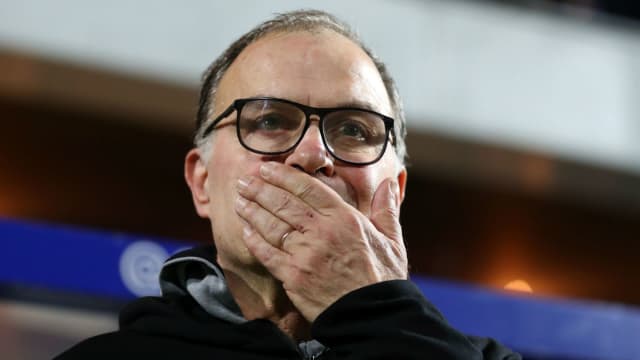 Leeds United failed to regain top spot in the Championship as they succumbed to a 1-0 defeat at struggling QPR.

Steve Bruce, meanwhile, extended his unbeaten run as Sheffield Wednesday boss to six league games as his side saw off Brentford 2-0.

Bristol City slipped up in their bid to consolidate sixth place, going down 2-1 at home to Birmingham City.

Elsewhere, Hull City returned to winning ways with a 2-1 home victory over Millwall.

Leeds did not manage to make their game in hand count as Luke Freeman struck to end QPR's seven-match losing streak.

Marcelo Bielsa's side would have gone top with a win, but went behind when Freeman tucked home from close range early in the second half.

Having squandered a series of chances before Freeman's opener, Leeds were guilty of similar profligacy as they hunted an equaliser, although QPR had goalkeeper Joe Lumley to thank for two smart saves to deny Patrick Bamford.

Nahki Wells wasted a good opportunity to double QPR's lead, but the miss did not prove costly as Steve McClaren's side finally ended their dismal run.

79’ Dallas plays a one-two, breaks into the box and is denied by Lumley, who then twice denies Bamford. 1-0 pic.twitter.com/4djhyKARxb

Bruce is yet to taste defeat since taking charge of Sheffield Wednesday at the start of February, with Steven Fletcher's first double since April 2017 doing the damage against Brentford.

Having opened the scoring just before the break, Fletcher netted his second three minutes after the restart, heading home from Adam Reach's delivery.

Keiren Westwood was in solid form at the other end to deny Said Benrahma, and Brentford have now lost four of their last five league visits to Hillsborough against Wednesday, who are six points off sixth-place Bristol City.

Bristol City would have moved to within a point of Middlesbrough with a win, but Connor Mahoney starred at Ashton Gate as Birmingham City made up ground on their opponents.

Mahoney netted the opener before teeing up Michael Morrison either side of the interval, with Lee Camp denying Andreas Weimann early on.

Famara Diedhiou's tap-in set up a frantic finale, but Birmingham held firm to secure a win which takes them three points behind Bristol.

With Shaun Hutchinson having cancelled out Jarrod Bowen's early opener, Pugh hammered in to restore Hull's lead prior to half-time.

Kamil Grosicki hit the woodwork as the hosts aimed to double their lead, but it was Reece Burke who proved the hero when he cleared Jake Cooper's header off the line late on to help Hull claim a first win in four games.