Ronaldo would have had Rooney's Ballon d'Or vote, not winner Modric 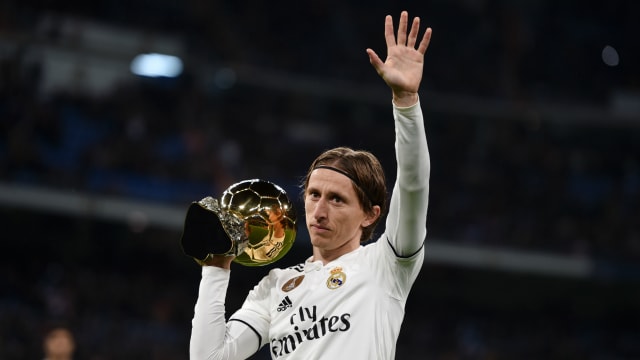 Wayne Rooney would have voted for Cristiano Ronaldo to win the Ballon d'Or rather than Luka Modric.

Ronaldo was beaten into second place by Modric at last year's ceremony, the Portugal superstar missing the chance to win the award for a sixth time.

He later insisted he deserved to take the prize once more - moving ahead of Lionel Messi's haul of five - but Modric triumphed after starring in Croatia's run to the final of the World Cup.

Modric played alongside Ronaldo as Real Madrid won the Champions League for the third year in a row by downing Liverpool in the final.

But Rooney says his former Manchester United team-mate would have had his vote for the Ballon d'Or over Modric.

"Luka Modric is a fantastic player," Rooney told DAZN. "I think his passing is great and the way he moves with the ball.

"Actually he doesn't look that quick to the eye but when you play against him he glides past players. He's a fantastic player, he's had a great career.

"I don't think he's the best player in the world but in terms of the year is he worthy of it? Of course he is. He had a great year with Real Madrid and obviously had a great run as captain with Croatia.

"I think if it was player-voted I would have voted for Ronaldo this year, but taking nothing away from Luka Modric. He won it so he deserves it."

Rooney came up against Modric during the midfielder's time at Tottenham, but the former United striker says the Croatia star did not carry a similar aura to some of his peers.

"He wasn't a midfield player who before the game you would think: 'oh no, we're playing against Luka Modric'," Rooney added.

"He's not like a Patrick Vieira-style player or Roy Keane where he's commanding, he's a different kind of player.

"But his ability, his passing, he can shoot with both feet. As I said before, he takes the ball and glides, creates opportunities, so he's a fantastic player."