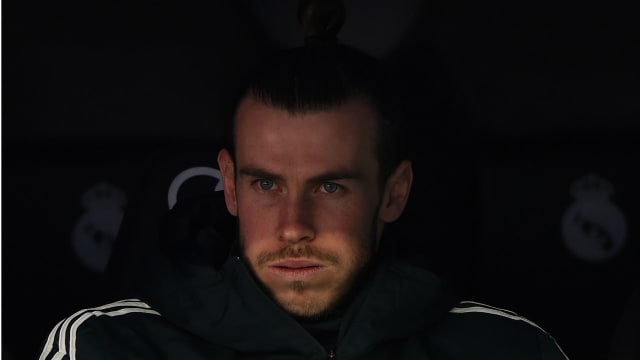 Gareth Bale should leave Real Madrid and move back to the Premier League, according to his former Tottenham team-mate Dimitar Berbatov.

Bale has endured another injury-hit season at the Santiago Bernabeu, but he came off the bench to score a winning penalty against Levante on Sunday.

The Wales forward did not celebrate and shrugged off Lucas Vazquez's attempted hug, although Santiago Solari insisted he was happy to see Bale's anger at having to settle for a cameo role.

And Berbatov, who spent the 2007-08 season with Bale at White Hart Lane, believes that the 29-year-old should now be looking to make a return to English football, adding that he seems to be a scapegoat for Madrid's issues.

"Another rumour doing the rounds this week has been a Premier League return for Bale and that would be great for everyone here," Berbatov told Betfair.

"Bale seems to get the blame for everything that goes wrong at Madrid, which is unfair.

"If you look at his stats he is still performing, but he is the whipping boy for some reason.

"And, as a player, if you don't feel appreciated, then you have to move on."

2 - Real Madrid have earned three points or recorded a victory thanks to two goals from penalty spot for the first time at least since 2013/2014 season (in all comps). Decisive pic.twitter.com/V3S62bOW7g

Berbatov was not sure where Bale would move, but insisted there would be no shortage of suiters, even if Madrid demanded a nine-figure sum, though he acknowledged a return to Tottenham seems unlikely.

"Where would he go? It's a question of money first of course," Berbatov said.

"I'm not sure Tottenham can afford over £100m on a player, but Bale is a world-class talent who could play for anyone and it would be great to see him back."