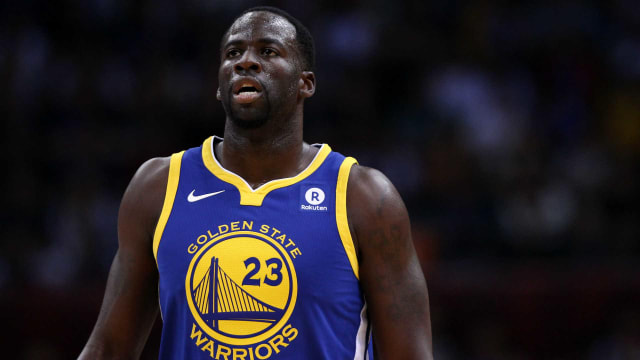 Draymond Green is "probable" for the the Golden State Warriors' clash against the Charlotte Hornets, according to head coach Steve Kerr.

The three-time All-Star hurt his ankle when he stepped on the foot of team-mate DeMarcus Cousins. Green fell to the floor and eventually needed to be helped to the locker room.

However, Kerr said Green could feature on Monday after participating fully in Sunday's practice.

The Warriors have won six of their last eight games and top the Western Conference standings.