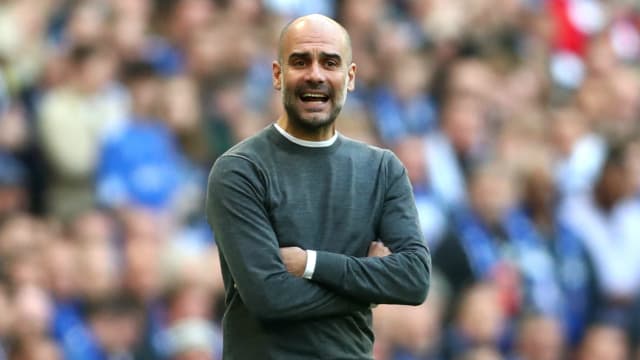 Laporte was replaced by Vincent Kompany at half-time and Fernandinho came off for Danilo before extra-time at Wembley on Sunday.

Following a goalless draw that saw Kepa Arrizabalaga refuse to be substituted by Maurizio Sarri, Raheem Sterling hit the winning penalty for City.

It is the first time City have ever retained a major trophy but their historic triumph had a sour note for Guardiola.

"I'm happy. Compliments to Chelsea," Guardiola said to Sky Sports. "It's incredible the movements they made.

"Penalties, anything can happen so I'm happy to win back-to-back in this competition and for the first time in Man City history.

"We're playing incredible players, the team they have, the champions they have. After the result two weeks ago we knew it would be more difficult.

"The only problem is we will be without important players for the coming weeks. Laporte, Dinho are injured."

City took the first step towards claiming a historic quadruple at Wembley but Guardiola feels comparisons to his legendary Barcelona side are premature.

"What we have done in Barcelona is unique," Guardiola added.