Toulouse extend lead at the top, Stade down La Rochelle 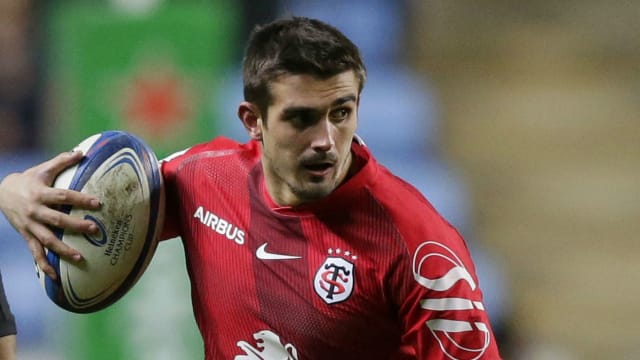 Clinical Toulouse stretched their run of victories to four at Stade Ernest-Wallon, where Zack Holmes helped himself to 15 points.

Holmes and Francois Cros went over in the second half following a penalty try for the home side in the first, with Jacques du Plessis claiming the only Montpellier try to open the scoring 15 minutes in.

Three penalties from Benoit Paillaugue was all ninth-placed Montpellier could add in the second half as they slumped to a fourth defeat in a row.

Stade boosted their play-off hopes with a 27-14 success at Stade Marcel-Deflandre.

The Paris side laid the foundations in the first half, Siegfried Fisi'ihoi and Hendre Stassen crossing the whitewash and Nicolas Sanchez scoring 12 points from the tee.

Piet van Zyl added a third Stade try following a couple of Ihaia West penalties and the damage had already been done by the time Jeremy Sinzelle came up with third-placed La Rochelle's only try.

Bordeaux-Begles are just three points adrift of La Rochelle following their 47-31 defeat of Grenoble, while Toulon saw off Pau 38-11 without the axed Julian Savea and Agen beat bottom side Perpignan 20-13.