Sharks down Blues, Stormers clinch it at the last 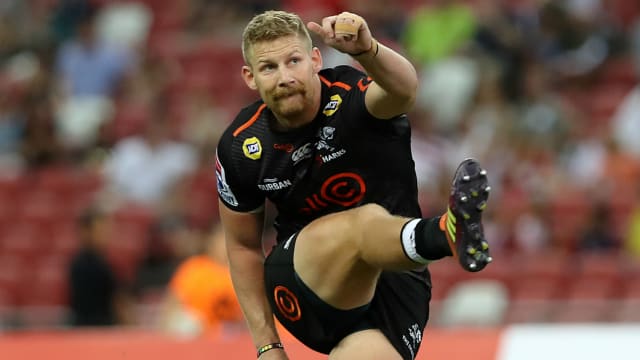 The Sharks made it two wins from two in Super Rugby with a convincing 26-7 beating of the Blues, while the Stormers got up and running with a dramatic late twist against the Lions.

After routing Sunwolves a week ago, the Sharks coped better than the Lions in the humid Durban conditions in a match strewn with errors.

It was essentially game over by half-time when Aphelele Fassi, Akker van der Merwe and Robert du Preez tries helped the home side to a 19-0 lead.

Excellent result by #OurSharks coming away with a good win against a strong Blues team! What were your thoughts on the game?#OurSharksForever#SHAvBLUpic.twitter.com/5Yf9wwxANl

The Stormers suffered a hammering by the Bulls last weekend, but Herschel Jantjies' jinking try in the fifth added minute tied up their South African derby with the Lions in Cape Town.

SP Marais added the extras to seal a 19-17 triumph for a Stormers side that had trailed since the sixth minute to Kwagga Smith's try.