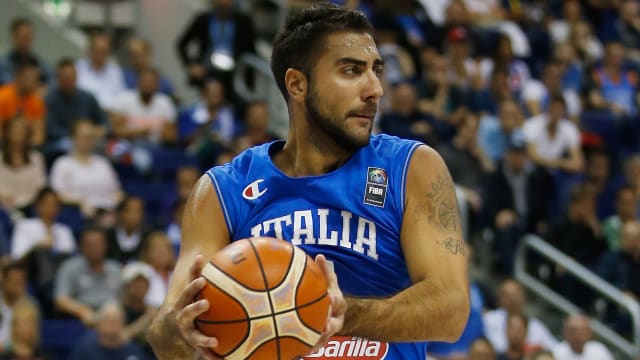 Italy and Poland secured their spots at this year's FIBA Basketball World Cup after strong wins on Friday.

The three places from Group J in European qualifying have been confirmed after Italy and Poland joined leaders Lithuania.

Amedeo Della Valle (15 points) and Pietro Aradori (11) led Italy to a 75-41 thrashing of Hungary in Varese as they reached the World Cup for the first time since 2006.

Poland had a far trickier clash, getting past Croatia 77-69 in Varazdin thanks largely to Mateusz Ponitka (20 points and eight rebounds).

Tickets to China in the  for @KoszKadra  and @Italbasket  after a terrific night of basketball! #FIBAWC#ThisIsMyHousepic.twitter.com/fp8NfoJrIE

Group leaders Lithuania were too good for Netherlands 78-69.

In Group I, already-qualified pair Spain and Turkey recorded wins over Latvia and Slovenia respectively.

Montenegro closed in on grabbing third place thanks to a hard-fought 76-74 victory against Ukraine.

In Africa, Senegal qualified after cruising past Rwanda 81-41 in in Group F.

IT'S LOCKED! Senegal are heading to China for a 5th #FIBAWC berth pic.twitter.com/bR6yD521rl

The Central African Republic and Ivory Coast are still alive after victories over Mali and Nigeria respectively.

Jordan stayed alive in Asian qualifying after thrashing China 86-62, while there were also wins for New Zealand and South Korea, who have already booked their spots.

In the Americas, the United States thrashed Panama 111-80, Puerto Rico boosted their chances by upsetting Argentina in overtime and Mexico stunned Uruguay 88-77.