Van Uytvanck battles back to stay on course in Budapest 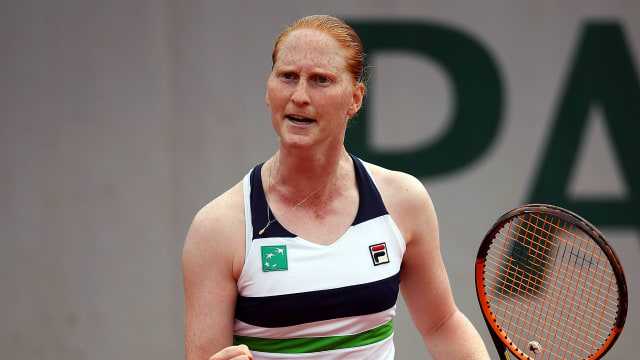 Alison Van Uytvanck still remains on course to defend her Hungarian Ladies Open title after rallying from a set down to reach the semi-finals in Budapest.

The top seed looked in danger of going out when she fell behind to Kateryna Kozlova, only to emphatically hit back in the next set before taking an edgy decider.

Van Uytvanck's 3-6 6-1 6-4 triumph in just over two hours sets up a clash with Ekaterina Alexandrova, the fifth seed having progressed earlier on Friday thanks to an impressive win over Pauline Parmentier.

The Russian prevailed 6-3 6-2, with the result a good omen. Alexandrova's two previous victories over Parmentier have come in tournaments she went on to win.

In the other half of the draw, Marketa Vondrousova - playing in just her second tournament of the year - recovered after dropping the first set to beat Irina-Camelia Begu 5-7 6-1 6-3.