Solskjaer hoping to have Martial and Lingard fit for Liverpool clash 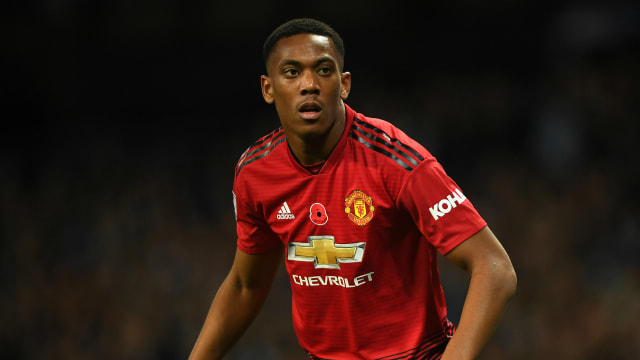 Ole Gunnar Solskjaer is hopeful he will have Anthony Martial and Jesse Lingard available again when Manchester United host Liverpool on Sunday.

Both Martial and Lingard were forced off during United's Champions League defeat to Paris Saint-Germain last week, with Solskjaer initially suggesting the pair could be out for up to three weeks.

But the two key men are potentially back in contention for this weekend's crunch clash at Old Trafford.

Solskjaer revealed that Martial is closer to full fitness than Lingard, yet he hopes to be able to call on both men against rivals Liverpool.

"I hope and think Anthony will be ready and I hope Jesse will be ready because it's two different injuries," Solskjaer told United's official website.

"So maybe more hope than think, with Anthony as well, but he's got a chance.

"Anyway, we still hope Jesse could be ready. Let's see. We've still got a couple of days' training left and they need to be part of it."