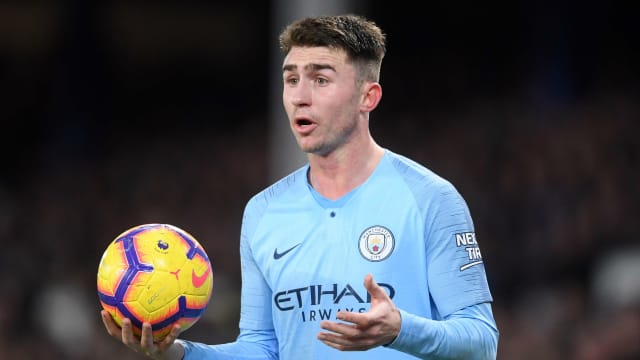 Aymeric Laporte thinks Chelsea are a "great team" and warned Manchester City not to expect another walkover in the EFL Cup final on Sunday.

Premier League leaders City head to Wembley as the overwhelming favourites having humbled the London side 6-0 less than a fortnight ago.

The whitewash cast Maurizio Sarri's future into doubt and the pressure on the Blues boss increased after a disappointing FA Cup defeat to Manchester United.

Critics have taken the Italian to task over his rigid tactical choices but City centre-back Laporte rejected the view that a repeat of the Etihad Stadium result is in store.

"I think that people are mistaken," Laporte told the Manchester Evening News.

"Their results recently haven't been good but they have a great squad, great players and they have shown that they know how to play good football.

"They have a great team and we have to concentrate on ourselves, do our things well and hopefully we will.

We Got Here Together

"All the matches that we have got from now until the end of the season are finals. We will try to win them all and try to achieve our objectives.

"We are expecting a very difficult match, very physical and we have to play at our best level if we are to win."

City are full of confidence after extending their winning run to five matches in the come-from-behind 3-2 victory at Schalke in the Champions League.

Pep Guardiola's side received a further boost on Friday with Laporte, 24, agreeing a two-year contract extension, tying him to the club until 2025.