Silverwood in line for England job 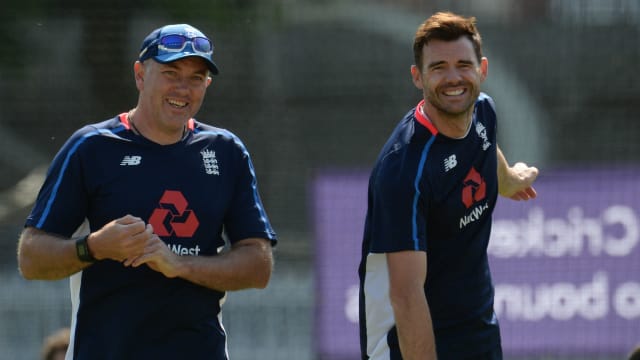 Chris Silverwood is in contention to succeed Trevor Bayliss as England head coach, with director of cricket Ashley Giles "99.9 per cent" certain that one person will be appointed to the role.

Giles had previously been open to the idea of employing split coaches for the Test and limited-overs teams when Bayliss leaves his role in September.

But he is now inclined to entrust the position to an individual, believing it will bring "stability in culture as well as voice".

Bowling coach Silverwood, part of a three-man team assisting Bayliss along with Paul Collingwood and Graham Thorpe, impressed Giles when at the helm of Essex, where he won promotion before sealing the County Championship title in 2017.

"I'll put my cards on the table," Giles told reporters in Barbados on Thursday. "My feeling's now 99.9 per cent that we should have one coach.

"One coach gives us stability in culture as well as voice. But I see it as one guy in charge – and prepared for time off – and three assistant coaches, not just one, that work together and help share the burden. We'll see the start of that shape going into World Cup.

"Paul Collingwood will be involved in the World Cup, but he is not replacing Paul Farbrace [who leaves for Warwickshire next month]. I think having one assistant puts a lot of pressure on that person.

"Spoons [Silverwood] is a candidate, yes. Seeing what he did as head coach of Essex was remarkable. They were a bit of a shambles when he came and, in two years, he'd turned them round completely.

"And he's got a nice way about him. He's a tough bloke, with a fair amount of discipline, but he communicates really well. We know he's capable."