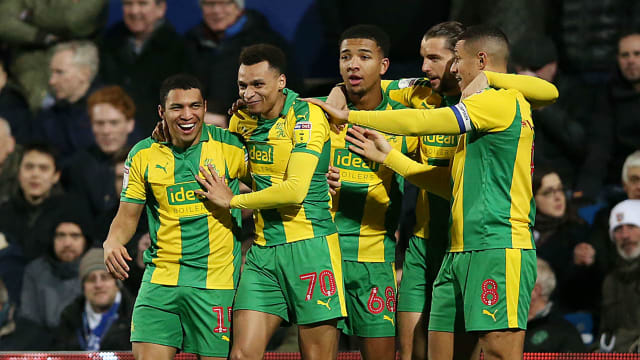 Jake Livermore scored deep into second-half stoppage time to earn West Brom a 3-2 Championship win at QPR on Tuesday as they moved to within one point of third-placed Leeds United.

The Baggies looked to be heading to a disappointing draw against a QPR side who had lost five in a row in the league, but Livermore finished off a well-worked move at the end to clinch a third win in four games.

Jefferson Montero gave West Brom the early lead, latching on to a loose ball in the box and blasting in his first goal for the club.

QPR levelled when Luke Freeman tucked away from inside the penalty area just past the half-hour mark, but Jacob Murphy restored the visitors' lead in the 61st minute, capitalising on a defensive error before sweeping home.

Tomer Hemed looked to have earned QPR a share of the spoils when converting a penalty he won after being fouled by Craig Dawson.

But Livermore was West Brom's hero, providing a cool finish from close range after a brilliant move up the right flank.

What an INCREDIBLE time to score your first goal of the season! #WBApic.twitter.com/vEjFiyJ6FG