Murray: Playing for Cardinals? That would be nice 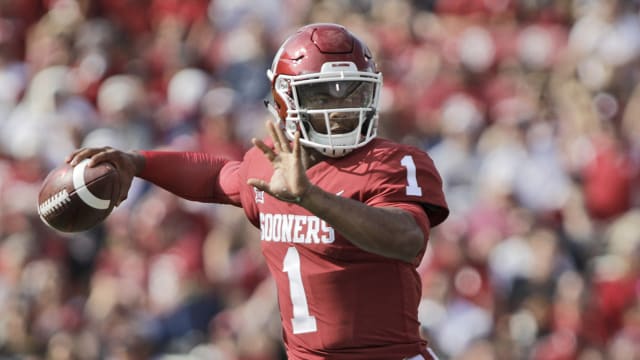 NFL draft prospect Kyler Murray said he "would be nice" to play for the Arizona Cardinals.

Oklahoma product Murray has committed to pursuing a job as a starting quarterback in the NFL despite being selected by the Oakland Athletics in the first-round of the 2018 MLB Draft.

While Murray does not appear to be banking on being selected by the Cardinals with the first pick in the upcoming draft, he would not mind playing for Arizona.

"At the end of the day, they're going to do what's best for them," Murray said on Monday. "I can't go into it with any expectations of being taken by the Cardinals. That would be nice for sure."

New Cardinals head coach Kliff Kingsbury is a fan of Murray and his talent.

While he was still the coach at Texas Tech, Kingsburg said he would select Murray with the first pick in the draft but recently stated second-year quarterback Josh Rosen is the signal caller of the future for Arizona.

"I think, me and him are really tight. Great relationship with him," Murray said of Kingsbury. "I think that was just something, he's always felt strongly about me as a player and as a kid off the field."

Arizona finished 2018 with a 3-13 record, which was the worst mark in the NFL. The Cardinals were also last in the league in points and yards per game.