Manfred credits Athletics despite missing out on Murray 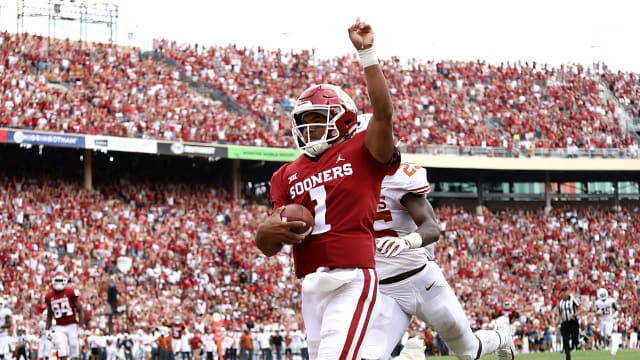 MLB commissioner Rob Manfred applauded the Oakland Athletics for their pursuit of Kyler Murray despite losing him to the NFL.

Murray was the Athletics' first-round pick in the 2018 MLB Draft, however, he has opted to commit himself to the NFL.

The 21-year-old was due to report to spring training with the Athletics last week before switching his focus to American football.

"The two-sport athlete is always a challenging decision for an individual club," Manfred told reporters on Tuesday. "I give the A's a lot of credit.

"It can be risky, it can be high-return as well... Kyler Murray's decision, because he is the Heisman Trophy, got a lot of attention and [it was] kind of, 'Baseball lost an athlete.'

"I think in general if you look at high school athletes that are both football, baseball, basketball players, we are getting more and more of those top athletes."

Murray led the Oklahoma Sooners to a 12-2 record and threw for 4,361 yards in 2018. He also ran for 1,001 yards and capped off his final collegiate season as a Heisman Trophy winner.