Flipkens withdraws as Larsson is beaten in Budapest 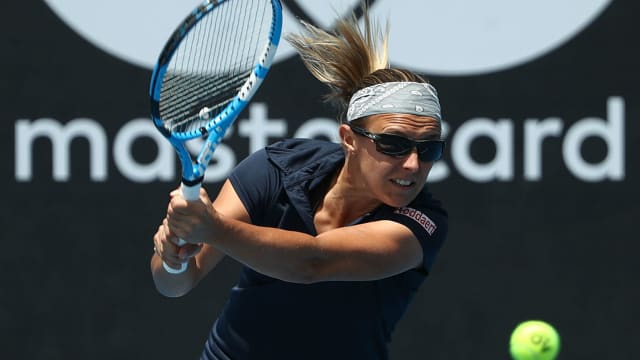 Second seed Kirsten Flipkens was forced to withdraw from the Hungarian Ladies Open ahead of her opening match in Budapest on Tuesday.

The 2018 doubles finalist had been set to begin her campaign against Evgeniya Rodina but, having suffered with illness last week, she pulled out earlier in the day.

Rodina instead faced lucky loser Viktoriya Tomova and came through a topsy-turvy contest 6-0 4-6 6-2.

Johanna Larsson - Flipkens' doubles partner at this tournament - was the only other seed on the slate for Tuesday, but she was upset in a 6-1 6-1 thrashing at the hands of Kateryna Kozlova.

Anna Bondar somehow gets the forehand and sweeps for the winner @HUNgarianTENNISpic.twitter.com/WkiuOFMjEi