Kaepernick may not want to return to the NFL - Allen 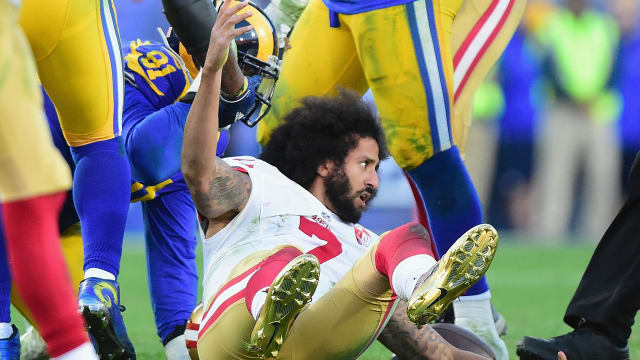 Colin Kaepernick may never wish to return to the NFL, even after settling his legal case against the league, according to former Super Bowl champion Marcus Allen.

Ex-San Francisco 49ers quarterback Kaepernick, who has not played since 2016, alleged the league colluded against him after he knelt during the American national anthem to protest against perceived racial injustices.

After the case was settled on Friday, Kaepernick's attorney Mark Geragos said he would not be surprised if the New England Patriots - winners of a sixth Vince Lombardi Trophy earlier this month - made a move to sign the 31-year-old.

But Hall-of-Fame running back Allen, named Super Bowl MVP in the Los Angeles Raiders' triumph over the Washington Redskins in 1984, believes Kaepernick may have no desire to come back to the NFL.

"Well, two years is a long time from being away from something like that," he told Omnisport at the Laureus World Sports Awards 2019.

"You can lose the love to play and that's only an issue he has to reconcile with himself.

"Whether he is still interested in playing, because being away for two years from a sport is not an easy thing to do.

"[It's hard] To come back and play with the intensity and love and level that's really necessary to be great again."