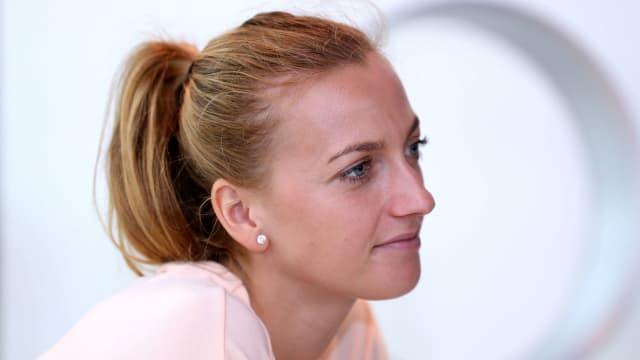 Petra Kvitova concedes her busy start to the new year has left her feeling fatigued ahead of the Dubai Tennis Championships.

The Czech won the Sydney International in January before embarking on a run to the final of the Australian Open, where she was beaten in three sets by Naomi Osaka.

Her challenge at the St Petersburg Ladies Trophy was ended at the quarter-final stage by Donna Vekic before the world number two had to return to her homeland for a court appearance in relation to the December 2016 knife attack which left her with career-threatening injuries.

All of which has left Kvitova feeling weary, even at this early stage of the year.

"It was a crushing time for me, to be honest," she told WTA Insider prior to the Premier 5 hard-court tournament in Dubai.

"I came home from the Australian Open because I had to get my passport with my visa to Russia and flew the next day to St Petersburg. I was really looking forward to being there again. It's a nice tournament. I came there with friends and it was fun.

"Then I flew to Monaco, then to the Czech Republic, where I had different reasons to be there. Then a few days of practice. Of course, it's not really easy to practice after an exhausting beginning of the season, which I really had. I still do feel it.

"Physically and mentally, it's still not 100 per cent, but it's the tennis world and we are just in a circle and it's tough to do anything against it."

When you try to fit the top of the Burj Khalifa in the  pic.twitter.com/yb9s9TJLXh

"I played a lot of tennis in that month [January] so I think I have a good reason to be tired," added Kvitova, who arrives in Dubai on the back of a 10-day break.

"My mentality right now is different from any other mentality in the world. I'm not feeling really fresh, to be honest. I'm not feeling empty as well. It's just the mix of everything, of all the emotions, physically and mentally it's been a lot on me right now.

"I'm just trying to find a way out of it. That's what I'm dealing with right now.

"Tennis is fun for me, it's a joy. Every time I'm on the court it's great, I'm really enjoying it. That's important, that I find the joy on the court. That's what matters right now."