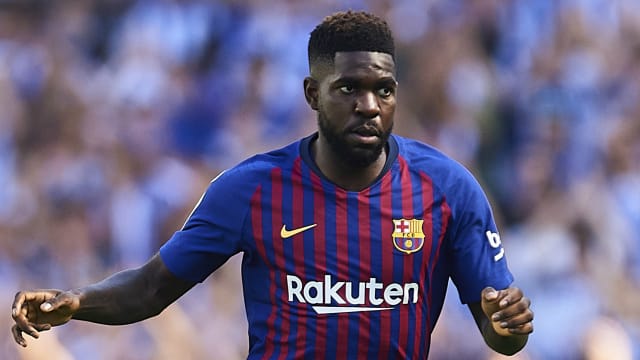 Samuel Umtiti has recovered from a knee injury in time to join Barcelona's squad for the first leg of their Champions League last-16 tie against Lyon.

Ernesto Valverde's men visit Groupama Stadium on Tuesday and will do so with France international Umtiti in tow after he was named in their 21-man travelling party.

The 25-year-old, who signed for the LaLiga champions from Lyon in 2016, rejoined training earlier this month but has not featured since the 1-1 draw against Atletico Madrid on November 24.

Umtiti's availability is particularly timely with fellow centre-back Thomas Vermaelen ruled out due to a muscle problem in his right leg.

Welcome back to the squad @samumtiti#OLBarçapic.twitter.com/JzhA0qxj9g

In a statement, Barca described the issue as a "muscle overload" and said a return date would be determined pending further assessment.

Clement Lenglet and Jeison Murillo are Valverde's other options to partner Gerard Pique in the heart of defence.

Lionel Messi, who scored one penalty and missed another against Valladolid, is included as expected alongside Luis Suarez and Ousmane Dembele.