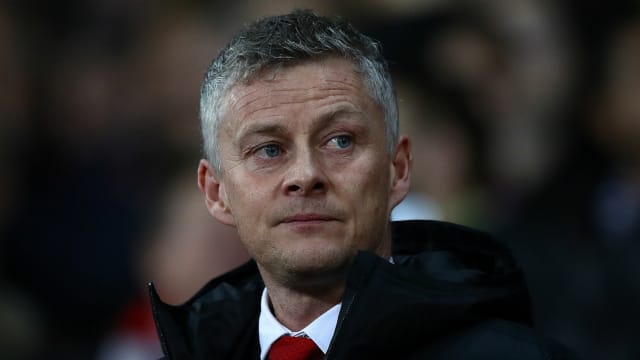 Paul Scholes would have no issues with Ole Gunnar Solskjaer becoming Manchester United manager on a permanent basis, despite the disappointing Champions League loss to Paris Saint-Germain.

United's 2-0 defeat at Old Trafford on Tuesday was their first since Solskjaer took over as caretaker boss in the wake of Jose Mourinho's departure, with the Norwegian guiding the Red Devils to 10 wins and a draw in his first 11 games at the helm.

Second-half goals from Presnel Kimpembe and Kylian Mbappe has left United with a mountain to climb in the second leg of the last-16 tie, but Scholes said there was no disgrace in losing to Thomas Tuchel's men.

"I'd have no issues whatsoever [with Solskjaer getting the job]," the former England international told the Daily Mail.

"I know people will start to question because now because he's lost a game but that was PSG. That could happen to the most experienced manager in the world because PSG are a top team.

"I think for what he's done so far he definitely deserves a chance.

"I always knew there was talent in that squad. I think everyone did. Ole has come in with a smile on his face, put his arm around the players - there so much talent in that team. He's given them freedom and you’ve seen the results."

"We won't panic because we've lost a game — our mindset won't change at all," Ole says. "We need to keep working the way we want to play and they way we approach games will always be in an attacking, positive frame of mind." #MUFCpic.twitter.com/rehBfdggMG

Solskjaer will hope for a positive response to his first setback when United travel to Stamford Bridge on Monday to face Chelsea in the FA Cup.

Scholes is wary of a response from the Blues, who will be playing their first home match since losing 6-0 at Manchester City, but is hoping his old club can make it through to the quarter-finals.

"Ole will want to win something as manager of United," he said. "The FA Cup, after the result against PSG, could be the only thing they could win.

"Chelsea look in trouble at the minute. Will they bounce back themselves? Ole will have to deal with that.

"They’ll be disappointed. Chelsea will be looking for a big recovery. From what you read it doesn't look like a happy camp at the minute so hopefully United can take advantage of that."