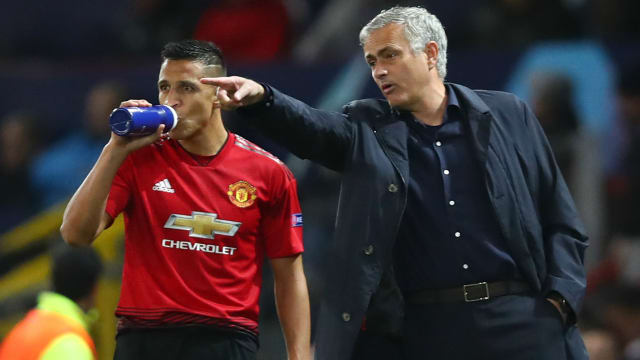 Mourinho was sacked in December and replaced by caretaker boss Ole Gunnar Solskjaer amid reports of dressing-room unrest at United.

Sanchez was lured from Premier League rivals Arsenal to United by Mourinho in January last year, however, the 30-year-old forward fell out of favour prior to the Portuguese's departure.

Chile international Sanchez – who has only scored five goals in all competitions since arriving in Manchester – said he lost his confidence under Mourinho.

"Mourinho is one of the best coaches in the world, in the way that he coaches, how he studies videos, the way he goes about things," Sanchez told the BBC.

"But within the group there was that feeling that you were in the team, then out. Sometimes I didn't play, then I did, then I didn't and as a player you lose confidence.

"Then an atmosphere was created that wasn't healthy."

This will help you survive a weekend of football without #MUFC!

Sanchez, who is in doubt for United's FA Cup fifth-round trip to Chelsea on Monday, added: "I've played football since I was five and if I have the ball taken away from me, it's as if I lose my joy."