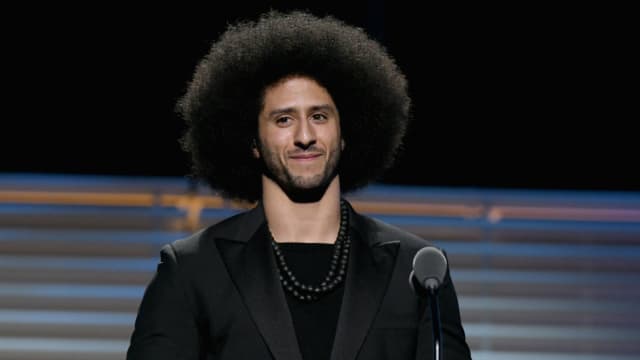 Eric Reid and Kaepernick settled their case against the NFL on Friday, which alleged the league colluded not to sign them because they kneeled during the United States national anthem starting in 2016 to protest racial injustice and inequality.

Kaepernick has not played in the NFL since that season. He has a career 28-30 record as a starting quarterback and has thrown 72 touchdowns to just 30 interceptions while completing 59.8 per cent of his passes.

Geragos believes Kaepernick will be back in the league within two weeks and he even went so far as to say where the 31-year-old thinks he will end up.

"It would not surprise me if Bob Kraft [owner of the Patriots] makes a move," Geragos told CNN on Saturday.

Which other head coach he is referring to remains to be seen but Vic Fangio was the San Francisco 49ers defensive co-ordinator when Kaepernick was with the franchise, so he could be an option and Greg Roman was the team's offensive co-ordinator in that same year, so the Denver Broncos or Baltimore Ravens could be possibilities.

Geragos though did say he believes the Carolina Panthers could sign Kaepernick.

Carolina signed Reid to a one-year deal last season which ended his extended time as a free agent and then it signed him to a three-year contract this offseason.